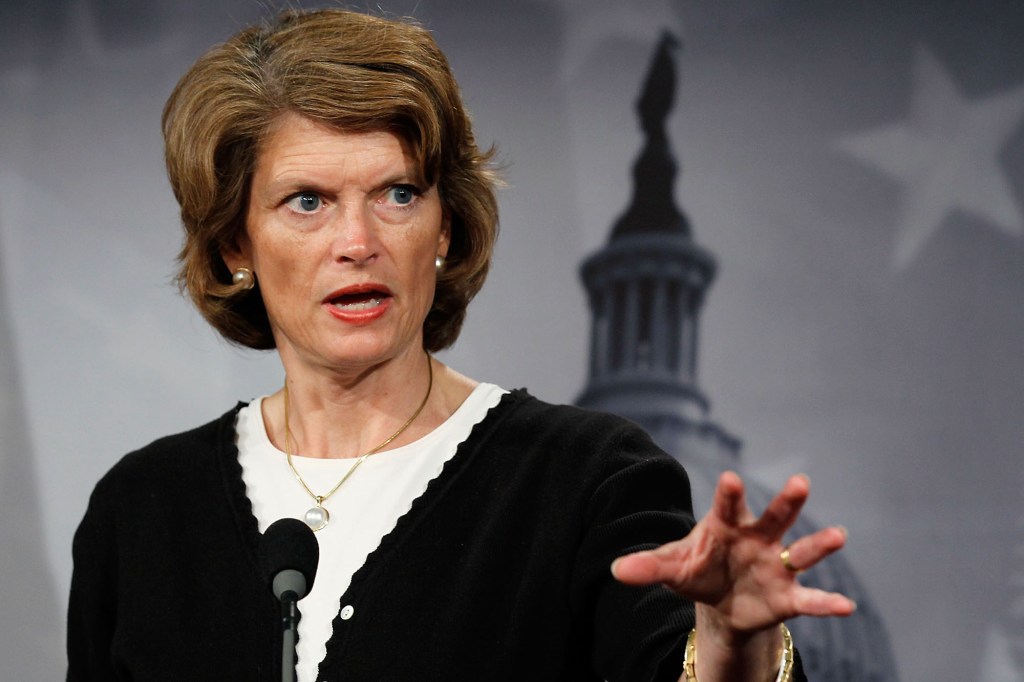 Donald Trump’s influence in the Republican Party looms Tuesday over ​two highly watched races in Alaska, where Sen. Lisa Murkowski is hoping to survive a primary challenge from a Trump-endorsed opponent — and former vice presidential nominee Sarah Palin is attempting a political comeback.

Murkowski was one of seven Republican senators who voted to convict Trump in February 2021 for incitement of insurrection over his role in last year’s Capitol riot. She also opposed Brett Kavanaugh, the 45th president’s second nominee to the Supreme Court, following sexual misconduct allegations against the jurist.

Like ​Wyoming GOP Rep. Liz Cheney​, who voted to impeach Trump over the events of Jan. 6, 2021, Murkowski was singled out for defeat by the former president.​

Kelly Tshibaka, the former commissioner of the Alaska Department of Administration, received Trump’s endorsement and is the most serious foe to Murkowski in the field of 18 candidates.

The top four vote-getters in Tuesday’s primary will move on to the November general election.

Murkowski, seeking a fourth full term in the Senate, is the only one of the seven senators who voted to convict Trump up for re-election this year, and is expected to advance beyond the primary.

Meanwhile, Palin, the former Alaska governor, is running in a special election to serve out the term of Rep. Don Young, who died in March after serving as The Last Frontier’s only House member for 49 years.

Begich, a businessman from a family of prominent Democrats, has come out hard against Palin, seeking to cast her as a fame-chaser and a quitter after she resigned during her term as governor in 2009. In one Begich ad, a woman says: “I’m voting for smart — not Sarah.”

Palin “does not have a strong track record of effective advocacy for the state and that’s not going to work for us,” Begich said in an interview.

His attacks have hit close to home for the former governor — Palin’s former in-laws hosted an election eve fundraiser for Begich at their Wasilla home, the Anchorage Daily News reported.

Peltola, a former lawmaker, would be the first Alaska Native woman elected to the House.

If one of the three candidates wins more than 50% of the first-choice vote, they will take Young’s seat. If that doesn’t happen, the candidate with the fewest first-place votes is eliminated and that candidate’s voters have their ballots redistributed to their second choice. The process continues until one candidate receives at least 50% of the vote.

Trump endorsed Palin in April, just days after she announced her candidacy.

“Sarah Palin is tough and smart and will never back down, and I am proud to give her my Complete and Total Endorsement,” the former president said in a statement.

Alaskans will also select their candidates for governor, lieutenant governor and state legislative seats. Due to the complexity of the ranked-choice system, it could take until Aug. 31 to know the winner of the special House election.

European stocks were sharply lower on Friday, as investors digested a raft of central bank decisions and a new economic plan from the...
Read more

Sometimes the squeaky wheel does get the grease, and in this instance a peeved retro...
Read more

HBO shares first teaser for The Last Of Us

The Last Of UsPhoto: HBONaughty Dog’s The Last Of Us was a PlayStation 3 game that was met with so much...
Read more

Known as the world’s most fashionable street for menswear style and design, Madison Avenue...
Read more