You’ve heard of thieves holding-up convenience stores – but maybe not like this. According to Fairfax County police, people have been targeting the bulky gaming machines found inside some 7-Eleven stores. FOX 5’s Josh Rosenthal reports from Fairfax with details from police.

FAIRFAX COUNTY, Va. – Police have made an arrest in a string of gaming machine robberies targeting 7-Eleven stores in Fairfax County.

Fairfax County Police confirmed on Wednesday morning that an arrest was made in connection with the investigation, but they did not release any details about the suspect.

The arrest comes after six Fairfax County 7-Eleven stores were hit for their gaming machines over the last month. 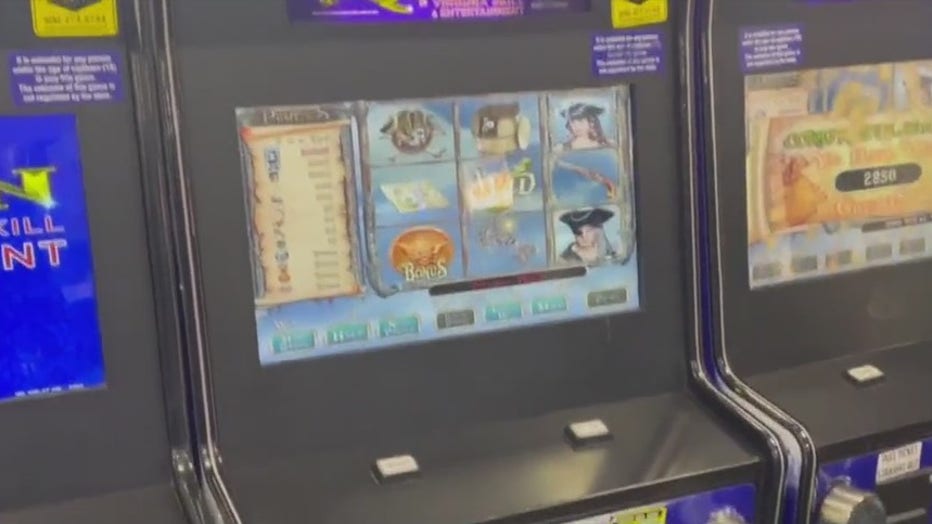 According to police, four happened in Alexandria, one in Springfield, and one in McLean. In some of the instances, the thieves stole the entire machine, while in other cases, they attempted to break inside the machine while still in the store.

The latest incident, which police released surveillance footage of on Tuesday, shows two masked men enter an Alexandria 7-Eleven at about 11 a.m. Saturday morning then pick up a machine and simply walk out.

“It’s not like individuals who are coming in late at night when it’s one clerk,” Second Lt. James Curry explained. “It’s individuals in the early morning, during the daytime, and even in the back [of the surveillance footage] you can see, it’s either an employee or a customer who’s standing there as these suspects walk right out the door with this machine.”

This is a developing story. Stay with FOX 5 for updates.