Mars has been a prospect for scientific exploration for more than 50 years, and every year the scientific operations grow on the Red Planet. 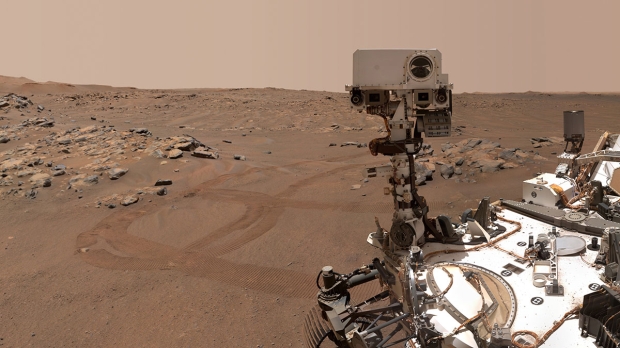 In a new article published in The Conversation, author Cagri Kilic, a Robotics Researcher, and Postdoctoral Fellow that focuses on the Inertial Localization for Planetary Rovers and Cooperative Localization for multi-robot systems with the Navigation Laboratory at West Virginia University, outlines that throughout humans’ exploration of Mars we have left behind 15,694 pounds of debris.

The report outlines that so far, humans have sent eighteen man-made objects to Mars over fourteen missions, and that the debris left behind from these missions comes in three main categories; discarded hardware, inactive spacecraft, and crashed spacecraft. As explained by Kilic, whenever a space agency is landing a spacecraft on the Martian surface, it requires a module that is discarded after or throughout the landing process. This module contains vital protection for the rover/cargo as it contains a heat shield and a parachute. 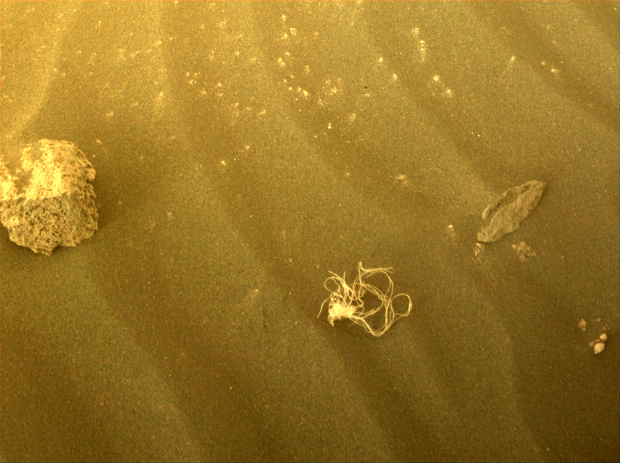 Perseverance photographed netting debris from its landing in 2021.

Since the pieces are discarded, they fall to the surface of Mars and can break up into smaller pieces. These smaller pieces are then blown around by the Martian wind and have even been located by rovers such as NASA’s Perseverance, which identified a piece of netting from its landing more than a year ago. Another form of human debris on Mars is inactive landers, which currently count to nine. Kilic notes that it would be better to consider these landers as “historical relics” rather than trash.

There have been four crashed spacecraft across the Martian desert, which are a stark reminder of the extreme difficulty of landing on the Red Planet and executing the mission in such a fashion that desired scientific operations can be carried out. Despite all of the hardships of getting to Mars and the difficulty of landing on the planet, globally, there has been a larger push for Martian exploration with the eventual goal of colonization.

During our colonization process of the Red Planet, we will no doubt begin our “clean up” when it becomes possible. Judging on the current progress, it would seem to be many years off until NASA issues a Martian clean-up day.