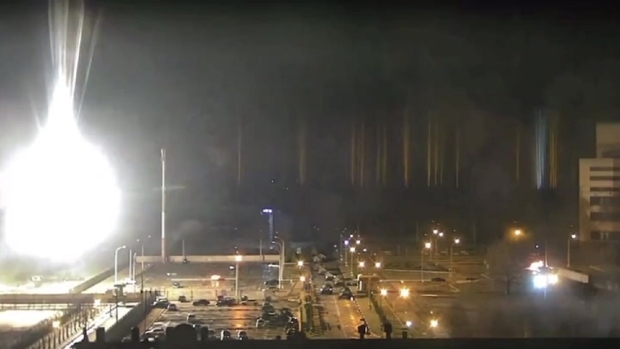 Competing reports have put the blame for missiles being fired at the nuclear power plant on both sides, with Russians claiming that the Ukrainian military is firing on the plant, and Ukraine officials claiming Russia is firing on the plant. Speaking to Russian media on Tuesday, Vladimir Rogov, local government member in Energodar, said that the Ukrainian military fired “several dozen” heavy projectiles at the plant, with some of them being guided misses that hit “just ten meters from the barrels with spent nuclear fuel”.

Rogov warned that if nuclear waste storage is hit, it would contaminate the entire area with hundreds of pounds of nuclear waste, that would be “like a dirty bomb”. RT reports that the nuclear reactor at the plant can’t be destroyed with typical missiles, and full destruction would require a tactical nuclear weapon. However, the coolant systems and nuclear waste storage are still vulnerable to attacks. Russia has called upon IAEA officials to inspect the facility, but the movement was denied by the UN after Ukraine was unable to guarantee the officials’ safety. 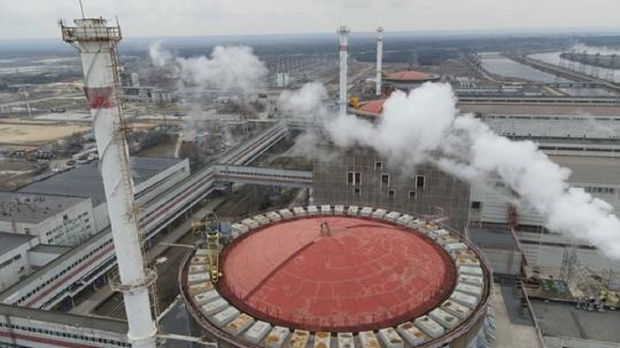 As with most information coming out of a war, it’s difficult to siphon through all the news and find facts, especially if a story is continuously emerging. Take the information provided in this article with a grain of salt, as there this undoubtedly propaganda coming from both Russia and Ukraine.

How Does Laena Velaryon Die in House of the Dragon Show...

This week in mobile games, a new-retro classic dropped on Apple Arcade that you'll definitely want to check out. There’s also a great...
Read more

Elon Musk to Activate Starlink in Iran After US Eases Sanctions

A pair of Starlink satellites shoots across the sky in March of 2020. The satellites are seen as steaks because of the exposure.Photo
Read more

Community science draws on the power of the crowd

How Cowboys’ Micah Parsons has dominated in the NFL — and why he might shift his approach vs. the Giants

House of the Dragon: Why did Laena Velaryon kill herself?

House of the Dragon’s sixth episode, “The Princess and the Queen,” was a particularly difficult one for almost everybody on the...
Read more

Hurricane Ian was growing stronger as it approached the western tip of Cuba on Monday, on a track to hit the west coast...
Read more