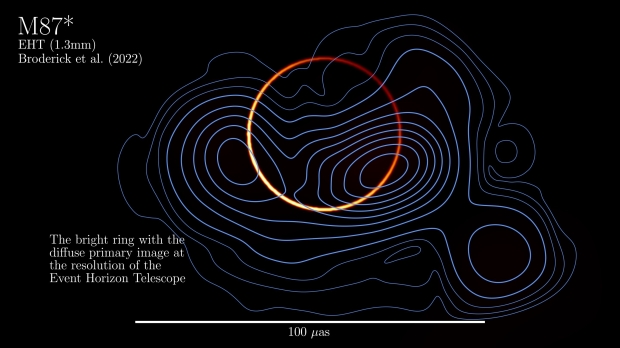 A study on Messier 87’s black hole titled “The Photon Ring in M87*” has been published in the Astrophysical Journal.

Researchers from the University of Waterloo have taken the data used to create the historic first-ever photo of a black hole, the supermassive black hole at the center of the Messier 87 (M87) galaxy, known as M87*, and render its photon ring. It was initially predicted that behind the orange blur that was first imaged, should be a thin, bright ring around the black hole, created by photons of light being cast around the black hole by its gravity.

The research team stripped away elements of the original imagery taken by the Event Horizon Telescope (EHT) to “remaster” what was first seen, revealing “the environment around the black hole.” The data collected to produce the first photo of M87* was collected in 2017 and computed using algorithms to produce the final image, which blends much of the data.

New cutting-edge algorithms have allowed the scientists to extract more from the data. The blue contours in the above picture show the structure of the more diffuse regions of the original image, representing photons created by the black hole, while the bright orange ring pinpoints the location of the black hole more directly.

“The approach we took involved leveraging our theoretical understanding of how these black holes look to build a customized model for the EHT data. This model decomposes the reconstructed image into the two pieces that we care most about, so we can study both pieces individually rather than blended together,” said Dominic Pesce, a team member based at the Center for Astrophysics | Harvard & Smithsonian.

You can read more from the study here. 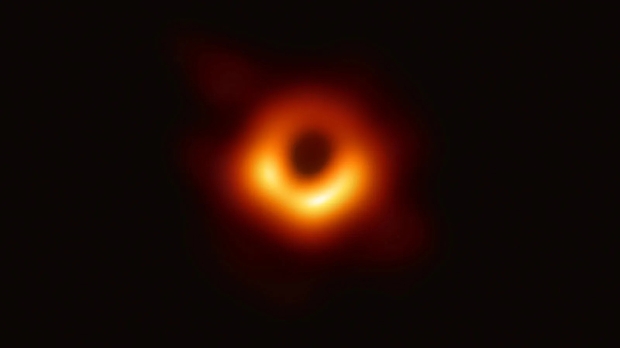 Yair Lapid’s campaign dilemma, and how it connects to his 2-states speech at the UN

This week has seen a continuation of the upward trend in the Netanyahu bloc, as the predictable effects of the breakup of the...
Read more

The Rings of Power title sequence contains secrets about the show

The opening for The Lord of the Rings: The Rings of Power, the Prime Video original series, is one of the...
Read more

AMHERST - The University of Massachusetts on Thursday celebrated the groundbreaking of a $125 million facility for its computer science program that officials...
Read more

With Black Panther, director Ryan Coogler broadened out the scope of the MCU significantly. The arrival of Wakanda in all its glory felt like...
Read more